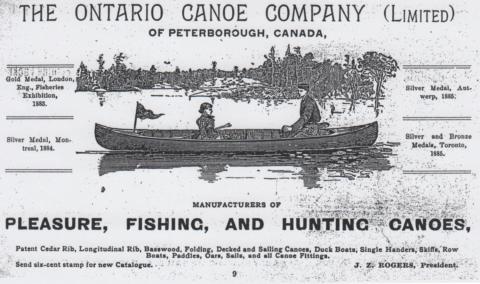 The Ontario Canoe Company built the first club, or “war,” canoe in 1889. The club canoe, which was designed to carry several paddlers, opened the door to canoe club membership to those who did not own their own canoe.